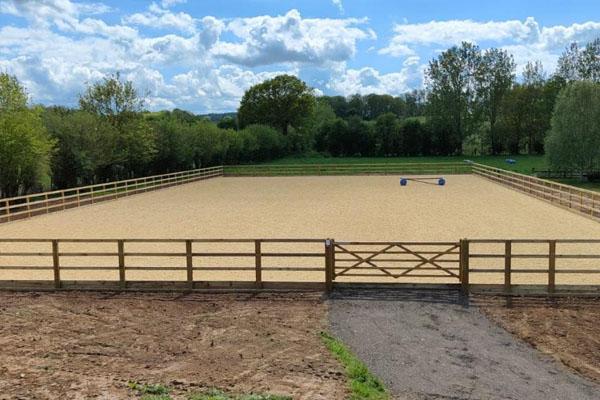 A couple bought a field with the aim of constructing an equestrian training facility on it. Less than a year after purchasing the field, the couple obtained planning permission to construct on it an unroofed arena that would enable the training of horses in a safe, all-weather environment.

The occupants of a nearby farmhouse (the objectors) had the benefit of a restrictive covenant that restricted use of the field to arable farming and the grazing of sheep and horses. The couple were unaware of the full implications of the covenant when they purchased the field but accepted that, as things stood, construction of the proposed  would breach its terms.

In an attempt to save their project, the couple applied to the First-tier Tribunal (FTT) for the covenant to be amended so that development of the arena could proceed. Given the grant of planning permission, there was no dispute that the arena would constitute a reasonable use of the land. The objectors, however, said that it would impinge on their privacy and views from their home.

Ruling on the matter, the FTT noted that construction of the arena on top of a substantial earthwork embankment would significantly alter the landscape, creating a feature in plain sight that would be obviously man-made. The skyline viewed from the objectors’ home would be permanently altered and not for the better. The proposed development would inevitably increase activity in the field and the character of the setting would change from one which was currently wholly bucolic to one which was busier, more managed and less tranquil.

In refusing to grant the modification sought, The FTT noted that the objectors had bargained for the covenant themselves when purchasing their home. The benefit that it conferred on them, in the form of some degree of control over activities that took place in the field, was of substantial value and advantage to them. Modifying the covenant would diminish the rural setting that underlay the identity of their home.